Spanish paper mills recycled 5,354,800 tons of used paper in 2021, an increase of 4.4% over the previous year, according to the Paper Sustainability Report Update, published by Aspapel. The document highlights that Spain is the second largest recycling country in the EU by volume, surpassed only by Germany and practically tied with Italy.

The recycling rate in Spain (recycling paper used as raw material/paper and cardboard consumption) amounts to 77.6%, almost two points above the European target for 2030 recently defined by the European Recycling Council. This means that in 2021 the Spanish paper industry recycled almost 78% of the paper consumed in the country.

The Spanish paper industry, with ten pulp mills and 69 paper mills, produces all the great varieties of paper with renewable, recyclable and local raw materials, as Elisabet Alier, president of Aspapel, explains.

“95% of the wood and 69% of the paper used for recycling is locally sourced. By transforming these local raw materials, we create wealth in our country and contribute to the industrial sovereignty that has proved so important during the pandemic. With wood for paper plantations, we create jobs and wealth in Empty Spain”, he says.

In 2021, the ten Spanish pulp mills used 5,451,400 m³ of wood as raw material to produce 1,777,000 tons of pulp. The total consumption of wood for paper increased, in 2021, by 2.2% in relation to the previous year. This is wood from fast-growing species (eucalyptus and pine) cultivated for this purpose, on plantations that are continually regenerating and replanting and would not exist otherwise.

The wood used as raw material by the paper industry in Spain comes from 95% of these local pine and eucalyptus plantations (the other 5% comes from plantations in other neighboring European countries). A high and growing percentage (58%) is wood with sustainable forest management certification (FSC and/or PEFC). These paper plantations represent 5,074 direct jobs and 15,882 indirect jobs in Spain.

After use, paper products are collected for recycling in two ways: municipal selective collection and collection carried out by private operators in large distribution areas, industries, printers, etc.

Through these two channels, in 2021, 4,403,200 tons of paper and cardboard were collected for recycling, a volume slightly higher than in 2020 (0.4%) and balanced with the volume of pre-pandemic collection, according to the report.

The document also details that, in 2021, the total water use in Spanish pulp and paper mills was 110 million m³ per year, half the water used in 1990, despite production having increased by more than 60% since then. If we take the last decade as a reference, compared to 119 million m³ per year in 2012, the drop was 8%.

In the paper process, water use and consumption are different concepts: of the total water used in the process, only a small part is actually consumed, which evaporates or is incorporated into the final product, and the rest is returned purified. Thus, of the 110 million m³ of water used by the Spanish paper industry in 2021, only 15% was actually consumed. The remaining 85% (93 million m³) were returned purified to the receiving environment (rivers or lakes, sea, municipal sewage, estuaries, etc.), after being reused internally as many times as possible.

Also in the last decade, there was an improvement in the quality of discharges in almost all indicators: the Chemical Oxygen Demand (COD) parameter in 2021 decreased 62% compared to 2012 for pulp and increased 14% for paper; Suspended Solids (SST) decreased by 56% for pulp and 33% for paper; and Halogenated Organic Compounds (AOX), the specific discharge from bleached pulp production, decreased by 86%.

REDUCTION OF ENERGY CONSUMPTION AND EMISSIONS

In the field of decarbonisation, energy efficiency measures, the use of biomass as a fuel and cogeneration are the three pillars of the Spanish sector’s strategy in terms of reducing emissions. Through it, total CO2 emissions were reduced by 21% compared to 2012 and those of SOx and NOx by 83% and 40%, respectively.

The report highlights that the paper sector is today the largest industrial producer and consumer of biomass in Spain: it currently represents 37% of the total fuel used by the sector.

The pulp and paper industry is electro-intensive and calorific, producing most of the thermal and electrical energy it needs in cogeneration plants located close to its factories, with an installed capacity of 876 MW. Cogeneration produces electricity and useful heat in the form of steam, optimizing fuel use, saving primary energy (a savings of more than 10%) and reducing emissions. 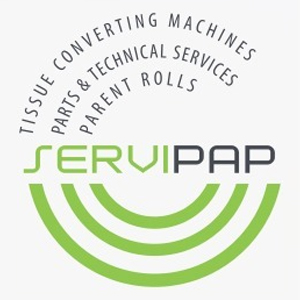